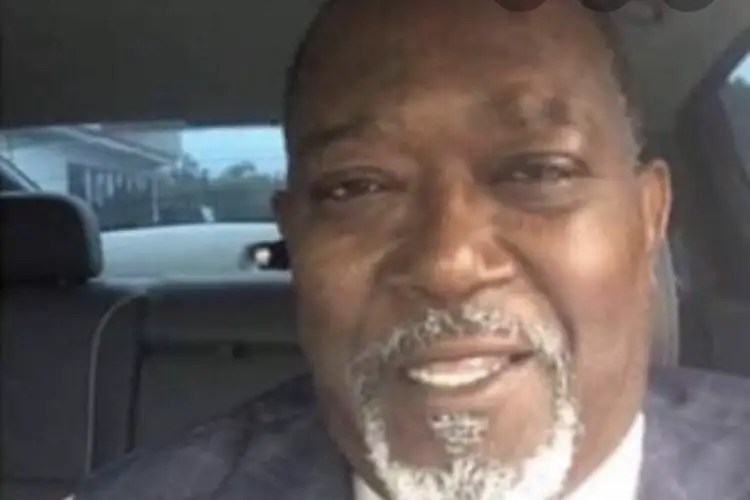 Who is Pastor Wilson?

Pastor David E. Wilson (or simply Pastor Wilson) is an American pastor who became popular after a viral video of him engaging in oral sex with a woman other than his wife surfaced online.

Before the implicating video went viral, no one outside of his immediate surroundings and influence knew about him. However, since the scandal has brought him under the public gaze, it is only reasonable to research about the pastor and to learn more about his life. We must, however, warn that since he is not a public figure, facts about Pastor Wilson are not exactly common. Also, note that he has not been granting interviews to the media and has been keeping a low profile. Yet, we were able to discover somethings about him that you would be interested in since you’re reading this article. Check out a summary of them from the 10 facts below.

10 facts everyone should know about Pastor Wilson

We were unable to verify Pastor Wilson’s age. However, from his looks, the pastor appears to be between the ages of 50 and 60.

Regarding his ministry, Pastor Wilson has been working for nearly 40 years in one capacity or the other as a Christian minister.

We found an online profile of the pastor, which seems to have been updated in 2013.

The profile states: “I’m a minister of 32 years, I’ve pastored for 25. I am a motivator and love to see love transformed to the Glory of God.”

If this information is correct, it suggests that the pastor’s age is nearer to 60 than to 50, so he is well into middle age.

Still, on the subject of Pastor Wilson’s ministration, he was the founder of Bible Way Ministries and World Reach Out Inc. It is an interdenominational church that is located in Texarkana, Texas. If you want to find out more about this church, you can check out its Facebook page.

Also, according to the profile, Pastor Wilson states that he attended Southwest Bible College and Seminary. This is an online College that provides “affordable and accessible” higher education and certification for people who want to go into ministerial work.

In addition to his pastoral duties, the pastor also runs a consulting business in Texas and he was once the leader of the Black Chamber of Commerce. The chamber is a nonprofit, nonpartisan, nonsectarian organisation dedicated to the economic empowerment of African American communities.

Thus, there you have the facts about Pastor Wilson’s church and ministry. Now, let us answer popular questions concerning him.

Is Pastor Wilson a Nigerian pastor?

Many people have been asking if Pastor David Wilson is a Nigerian pastor? Well, the answer is no. Pastor Wilson is an American pastor and is based in Texas. The reason many mistook him for a Nigerian pastor was that the viral video that brought him to the attention of social media users was heavily watched in Nigeria.

It had trended on both the Nigerian Facebook and Twitter space at the time. Now, let us take a more elaborate look at the viral video that led to the scandal and subsequent fallouts from it.

On 16th October 2019, the alleged ‘sex tape’ of Pastor David Wilson surfaced on social media. There was no information on who posted it and started sharing it at the time. In fact, there was not much information attached to the video. But from the beginning, it was stated that the man in the video was Pastor David Wilson and that he was engaged in oral sex with a woman other than his wife. The unnamed woman was said to be a member of his congregation.

Unsurprisingly, the video immediately went viral. Within a matter of hours, the name “Pastor Wilson” topped the US Twitter trends that fateful Wednesday. The video had clearly shown the face of the Texas-based Pastor Wilson but there was no clear way to identify the woman he was performing the sex act with. But the description and narratives that went around at the time were that the woman was not his wife.

According to a report on the incident found on Vanguardngr, a family member of the pastor had initially alleged that the video could be fake. This was possible because many people are quite skilled at using video editing software to make manipulated videos appear original.

However, later development seemed to suggest that Pastor Wilson was the man in the leaked video.

Barely a day or two after the viral video was leaked, another video surfaced online. In the video, a man alleged to be Pastor Wilson directly addressed the video and people’s reaction to it.

“I’m a pastor that likes p*ssy,” the man in the video says. “I’m a real man, I’m real about who I am and remember that God made a woman for the man.”

Before cutting off the video, the man also stated that no one can criticise him for having “the last supper” with a “beautiful black woman“. In his opinion, anyone who wants to talk must have first done all the good things he has done for his community.

However, the man in the video was wrongly identified as Pastor David E. Wilson of Bible Way Ministries and World Reach Out Inc. but it was not him. Instead, it was Pastor Thaddeus Matthews, a controversial Memphis man of God and founder of Naked Truth Liberation and Empowerment Ministries in Memphis, Tennessee, speaking concerning the viral video.

Who was the woman in the viral video with Pastor Wilson?

Naturally, people were curious to know about the identity of the women in the video. The camera did not capture her face, so the question was, who was she?

According to multiple unconfirmed reports, the woman in the video with Pastor Wilson was one Corinthia Edward. While this was not confirmed, many of the information online seems to point to her. However, it is important to note, again, that the information has no real evidence to back it.

One of the information we found was on Glob Intel, a blog that claims to be based in the US. It mentions that Edwards was the daughter of Pastor Wilson’s wife’s best friend and that she was a member of Bible Way Ministries and World Reach Out Inc.

In addition, eagle-eyed Facebook users were able to grab a screenshot of Corinthia Edwards’ Facebook page. The location she had filled in corresponds with that of the church where Pastor Wilson was the senior pastor.

Also, she has since deleted all her social media accounts. Therefore, looking for her online had proven to be a futile move.

There were also rumours that Corinthia Edwards herself released the video online after Pastor Wilson allegedly failed to deliver on his promise to make her the leader in the church choir. She and the pastor had reportedly been having an affair for a long time and she released just one video of the many she allegedly took during their sexual acts.

Again, we want you to be aware that these assertions were not confirmed and could well be wrong or at best, inaccurate.

While there have been several mentions about Pastor David E. Wilson being married, there is not much detail available about his wife. There are also some sources that claim that he has children as well, but we could not find out anything more.

Without much doubt, Pastor Wilson’s wife may be a gentle and calm woman. This is because there is no mention of her making videos to condemn what her husband did or to try to defend him. In the same vein, there is no news about her taking her husband to court or divorce stories as one would expect.

As expected, the first set of people to respond to the leaked video were social media users. This is inevitable as they were also the first to come across it and they gave it the popularity that it got. Many of the reactions condemned the act while some defended him and there were many who made jokes about the scandal.

Here is a video of some girls praising Pastor Wilson on Twitter:

These ladies were excited with the way Pastor Wilson was licking the plate ? ? pic.twitter.com/mQoRUUpCK1

Even Nigerian rapper, Erigga said this on his Twitter page while the video was trending:

I need pastor Wilson for cold weather video oh who get him control ?

One YouTube user condemned the act, the user whose name is Kre’Neshia Allen said:

“I feel bad for the wife it’s one thing to be cheated on but to be embarrassed in public like that. I would divorce I highly doubt it’s his first time.”

“Very true … One of my issues with religion is that the people in the leadership position don’t lead by example, I’ve been seeing this since childhood. I never knock anyone for their beliefs but these be the most hypocrites I’ve ever witnessed.”

In the wake of the controversy, the daughter of another Pastor David E. Wilson, who lives in Dallas came forward to clear her father’s name. Dallas is almost 200 miles west of Texarkana. The lady went on Facebook to tell users that her father is not the same Pastor David Wilson.

According to Port City News, an alleged daughter of David E. Wilson’s wrote in a Facebook post:

Since Pastor Wilson’s leaked video scandal has died down, not much has been heard about him or his church. However, this may mean that he is still preaching in Bible Way Ministries and World Reach Out Inc.

As we have mentioned, he has been leading his own congregation for 25 years and looks like he is closer to 60 years of age, although he could be older than that. At the time the video went viral, he was reportedly married but we don’t know if the marriage survived the scandal. We did not come across any information regarding his children during our research.