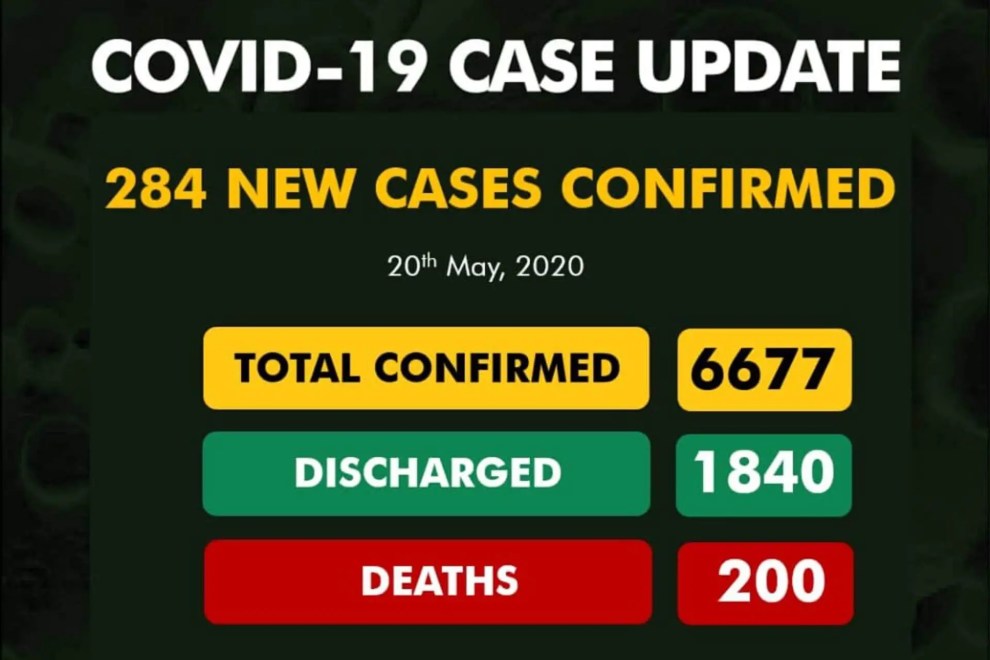 In their nightly Coronavirus updates post, the National Center for Disease Control (NCDC) revealed through their official Twitter handle that 284 more people were found to have contracted the virus.

1840 people have now recovered from the illness and been discharged while 200 people have unfortunately died so far.

The NCDC also reported that eight new cases were erroneously recorded in Zamfara on 18 May, which brings the total number of recorded cases in the state to 76.

On the 18th of May, 8 new cases in Zamfara were erroneously announced

Therefore, as at the 20th of May 2020, Zamfara has recorded a total of 76 confirmed cases

We apologise to @Zamfara_state for this error and reiterate our commitment to accurate & transparent reporting of data pic.twitter.com/RIeUhZ2e0a

Move over, ‘Despacito’ — Twitter has crowned an unexpected Song of Summer

Uncle gets killed for advising nephew against drinking

Tragic: Pastor’s wife slumps and dies during praise and worship

A real woman will cook for you, your boys and for the dog too. No story! – Man says