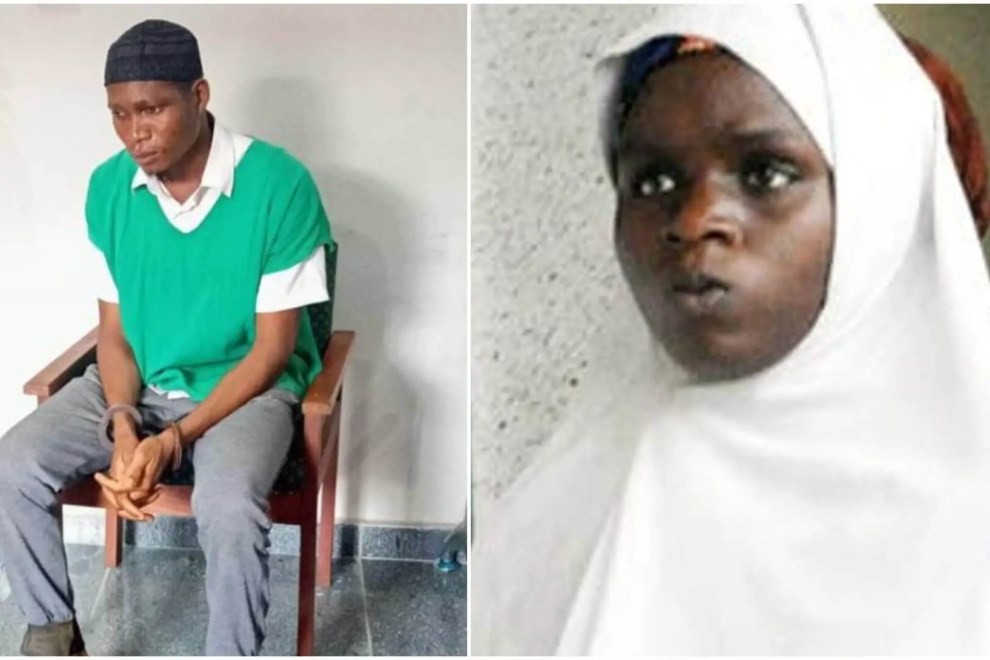 In 2015, 14-year-old Ese was abducted from her mother’s shop by Yinusa Dalhiru, a man who frequented the shop to buy food with his friends. The story of her abduction was widely publicized back then.

Yinusa abducted Ese, took to her to Kano, where he converted her into a Muslim, changed her name to Aisha, and then raped her. After months of pleading and outcry from her parents and several human rights activists, Ese was returned to her family in Bayelsa in 2016.

However, she was already pregnant and gave birth to a baby girl in May 2016. In an interview, Ese said that she did not know how she followed Yinusa to Kano.

Yinusa, however, was arrested and charged to court for charges bordering on child trafficking, child abuse, rape, kidnap, infringement of right of religion, and holding a person against their will.

On Thursday, 21 May, Justice Jane Inyang of the Federal High Court sitting in Yenagoa, Bayelsa State sentenced Yinusa to 26 years imprisonment for abducting Ese from her home, kidnapping her, and rape.

The judge acquitted the accused on count one but found him guilty on counts two, three, four and five. She, therefore, sentenced Dahiru to five years in prison for count two and seven years each for counts three, four and five, stating that they would run consecutively.

Ese’s father Charles Oruru said after the judgement was granted that he was happy with the way the case ended. He said:

“I’m very happy and grateful because I see that all my suffering is not in vain. This case will serve as a deterrent to others who traffic people’s children. I thank God that truth has prevailed. I and my family are very happy.”

A man dressed as a massive shark has been arrested under Austria’s new burka ban.