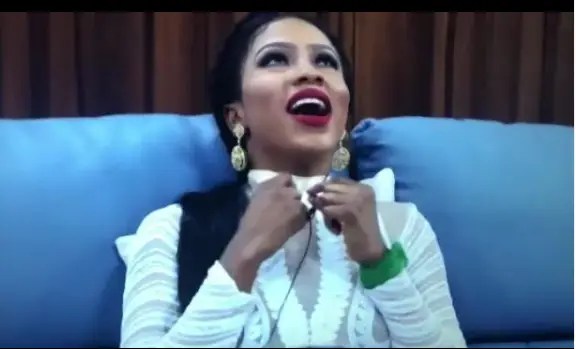 Following her history-making win, Big Brother reality tv star Mercy Eke sat down with host Ebuka to talk about her experience in the house and hope for the future.

In the interview published on YouTube, Mercy on prompting by Ebuka relived her fight with Tacha.  On what happened after Big Brother called her into a private room following the fight, Mercy says Big Brother called her to the room as a way to calm the situation. He didn’t say a word to her, she was left to sit down quietly all by herself, she said.

Mercy reveals “it was a hard moment” for her to see Tacha disqualified from the show because of the altercation between the two. She explains Tacha has always been one of her top 5 favourite contestants. And also didn’t rule out the possibility of the two later becoming friends as she calls Tacha “a nice person.”

On her relationship with Ike, Mercy says he’s her type of person. The reality tv winner also strongly denies she and Ike played to the camera. She claims that all their interactions in the house including fights were precipitated by “something”. Although viewers may not have been privy to the something and only see them quarrelling, she says. She explains that may have been the reason some people might think that she and Ike played to the camera.

Mercy also denied coming to the house with a defined strategy preferring to be herself. However, she did explain that she was ready for the house from the time of her audition.

Mercy also talked about her feelings the morning after the win, the coin thing and more.

At the end of the interview, Ebuka and Mercy toasted the future, with Mercy thanking fans for standing with her.

Meet the richest Nollywood actresses of 2018

Trolls, Halima Abubakar doesn’t care about what you say