Welcome to Sidomex weekly news summary where we quickly take you around the world’s biggest news. Here, we start with the latest news on Invictus Obi.

Nigerian scammer, Invictus Obi was handed a 10-year jail term by a US court this week. Obi, whose real name is Obinwanne Okeke was charged for being the mastermind behind about $11 million worth of losses to his unsuspecting victims between 2015 and 2019 and thus sentenced to ten years in prison by a US court.

Obi had founded Invictus Group as a legitimate business before he was apprehended by the FBI for his scams. He was named on the Forbes Africa’s 30 Under 30 in 2016 and was featured on the magazine’s June 2016 cover. CNBCA also named him as a finalist for Young Business Leader of the Year (West Africa) in 2017.

In one of his discovered scams, Invictus Obi and his team targeted an export sales office for Caterpillar heavy industrial and farm equipment named Unatrac Holding Limited. They managed to compromise one of the company’s top executives via a phishing email and then acquired his login credentials.

After this, the scam was in full swing. They sent fraudulent wire transfer requests using fake invoices and were able to steal about $11 million. You can read more details about his trial and conviction here.

This week, Amazon CEO Jeff Bezos reclaimed his title as the world’s richest person after Tesla’s Elon Musk lost about $3.9 billion of his net worth on Tuesday. The loss had been due to Tesla shares going down by more than 2.4% and closing at $796.22.

Musk had passed Bezos in January 2021 to become the richest person in the world following Tesla’s surging share price and his generous pay package. Before this, the Amazon boss had led the standings since 2017.

He will be leaving his position at Amazon as CEO later in 2021 after announcing his resignation with Andy Jassy set to take over from him.

Billionaire heiress Paris Hilton got engaged on Saturday, 13 February 2021 to Venture capitalist Carter Reum. The couple’s engagement was timed for Valentine’s eve on a private island. The American socialite made the announcement on Wednesday about four days later via her Instagram page. She also dropped videos of the occasion. Paris Hilton told Vogue magazine that she was excited about being engaged to Carter Reum. “We make each other better people. He was absolutely worth the wait!,” she said. In January 2018, Hilton had been engaged to actor and model, Chris Zylka before they called it off.

Big Brother Naija organisers, MultiChoice Nigeria, have debunked the ongoing season 6 audition rumours. The popular Nigerian reality TV show makers announced via their official Twitter handle that they have not started any call for auditions.

MultiChoice appealed to members of the public to disregard the misleading information. “As always, we will keep our customers and fans of the show notified through our official social media handles and other credible news platforms,” it wrote.

Britney Spears freed from her father?

A court has ‘freed’ Britney Spears from under her father after rejecting his request for full conservatory rights over her estate and finances.

Jamie Spears has held complete conservatory rights over his daughter’s estate and finances since 2008. However, the new ruling on Thursday, 11 February 2021 means that he will now share the rights with private trust company Bessemer Trust.

The case had been in court since 2018 after the singer began the proceedings. As part of the new ruling, the court instructed Jamie Spears and Bessemer Trust to work together on a plan on how to manage the singer’s estate.

In a recent Instagram rant, Halle Berry revealed that she believes many parents take advantage of child support payments to fund their own lifestyle. While she did not mention her ex Gabriel Aubry, it’s easy to draw the conclusion that she was referring to him.

A court ruling in 2014 directed the Catwoman actress to make a $16,000 monthly payment in child support to him. The two of them share a 13-year-old daughter named Nahla.

The 54-year-old actress described the payments as wrong and an extortion. She has a new film coming out in 2021 titled Bruised on which she also makes her directorial debut as well. See full details here.

It’s over for superstar couple Kim Kardashian and Kanye West as the “Keeping up with the Kardashians” star allegedly filed for divorce after nearly seven years of marriage on Friday. A few weeks back, several media outlets reported that the couple has stopped their marriage counselling consultations.

The couple share four children with the oldest being North, 7 and Saint, 5, Chicago, 3, including Psalm, 21 months. Kim has requested joint legal and physical custody of their kids, according to media sources.

This will be the third divorce for Kardashian and the first for West. Read more about this here.

The Duchess and Duke of Sussex, Megan Markle and Prince Harry, are expecting their second child together. A spokesperson for the family broke the news on Sunday, 14 February 2021. Not long after, the couple themselves announced it with a stunning black-and-white photo that was taken remotely by their friend and longtime photographer, Misan Harriman. 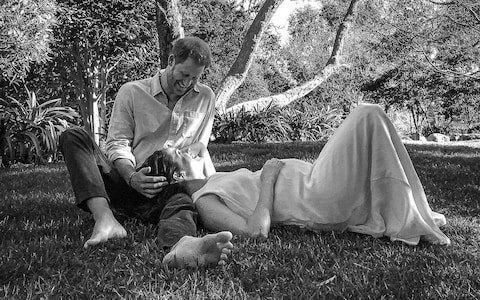 The news was shared months after Meghan revealed that she went through a painful miscarriage during the pandemic.

Now, let us go into the world of sports …

On Tuesday and Wednesday nights respectively, Barcelona and Juventus were both on the end of defeats in the Champions League Round of 16 first leg tie and both sides would hope for their fortunes to change when the second leg comes around.

Manchester United and Tottenham Hotspur have one leg in the last 16 of the Europa League after a 4-0 and 4-1 win in their respective matchups against Real Sociedad and Wolfsberger. Arsenal and Leicester on the other hand played a 1-1 and 0-0 draw against Benfica and Slavia Prague.

German champions Bayern Munich have announced the signing of highly-rated defender Dayot Upamecano from RB Leipzig after beating several Premier League clubs to his signature with the move to go through on July 1.

Financial details of the transfer were not provided but it is believed that Bayern had triggered his release clause which is worth around 42.5m euros. Naomi Osaka has won the 2021 Australian Open women’s singles title and her fourth Grand Slam honour overall. Osaka beat world No. 22 seed Jennifer Brady 6-4, 6-3 within about an hour on Rod Laver Arena, with a dominant performance.

As of Friday, 19 January 2021, the total number of confirmed coronavirus infections in Nigeria was 150,908. 1,813 deaths have been reported while 127,500 patients have recovered and been discharged from isolation facilities across the country. This means that the number of active cases was 21,695.

If you missed most of the biggest news as they broke last week, we are here to help you catch up. This week, we lead...
Read more
Latest News

In this week's top ten Nigeria songs chart, Rema has quickly gone to the number one spot on Apple Music with his new single...
Read more
Celebrity News

The divorce papers of Kim Kardashian and Kanye West has revealed that the couple decided to go their separate ways due to 'irreconcilable differences'....
Read more

UEFA Champions League Match Day 5 Round Up: Real Madrid And...