“Fearless (Taylor’s Version)” came with two new tracks, “You All Over Me” featuring Maren Morris and “Mr. Perfectly Fine”, and debuted on the Billboard Hot 100 at number 52 and 90 respectively.

The re-recorded album is one of the six that the singer plans to remake, as announced in November 2020. She had chosen to go down this path because her former label, Big Machine, refused to sell her the masters of her back catalogue. Instead, it had offered her a new deal that will see her exchange a new album for an older one, which she rejected.

See also: The Beckhams have always faced online hate but it only makes their bond stronger

With nine number one albums, it is the right time to look at Swift’s top Billboard full-length projects chronologically starting from 2008’s “Fearless”. Taylor Swift released “Fearless” as her second studio album in 2008 but wrote most of the tracks while she was still on tours to promote her debut album “Taylor Swift”. The album contains 13 tracks which she co-produced with Nathan Chapman.

It is critically seen as a country pop record but features crossover elements with acoustic instruments such as banjo, fiddle, and guitar. The album birthed five singles, namely; “Love Story”, “You Belong with Me”, “White Horse”, “Fifteen”, and “Fearless” and topped Billboard 200 for 11 weeks. Unlike “Fearless” where she co-wrote about five tracks with other collaborators, Swift wrote “Speak Now” by herself. She once again worked with Nathan Chapman for the production and the album came out a week before Halloween in 2010.

It represented the singer’s adaptation to the fame that her second album had given her and dabbled into pop rock, pop punk, and soft rock. Of the 14 tracks, she released six as singles, with four of them breaking into the Billboard Hot 100.

“Speak Now” was Swift’s second-ever Billboard 200 number one entrance and it sold more than a million copies in its first week. One of its singles, “Mean”, won Best Country Song and Best Country Solo Performance at the 54th Grammy Awards. “Red” was an emotionally charged project that Swift herself claimed to have been inspired by her unhealthy romantic relationships. It was a strong blend of pop, country and rock genres and featured seven other credited producers besides herself and Chapman.

The album’s lead single, “We Are Never Ever Getting Back Together”, topped Billboard Hot 100 and received generally positive reviews. It sold 1.21 million copies in its opening week, was the singer’s third consecutive Billboard 200 number one and spent seven non-consecutive weeks at the top. This synth-pop album was titled after Taylor’s birth year and symbolised a sort of rebirth because it came when she was getting criticism for being ‘less of a country artist’. While it still bore the failed romance themes that she has come to be known for, its lyrics are lighthearted.

“1989” brought singles like “Shake It Off”, “Blank Space”, and “Bad Blood” — all of which topped the US Billboard Hot 100 one after the other. The album itself spent 11 weeks bossing the Billboard 200 chart, and it won both the Album of the Year and Best Pop Vocal Album at the 58th Grammy Awards in 2016. 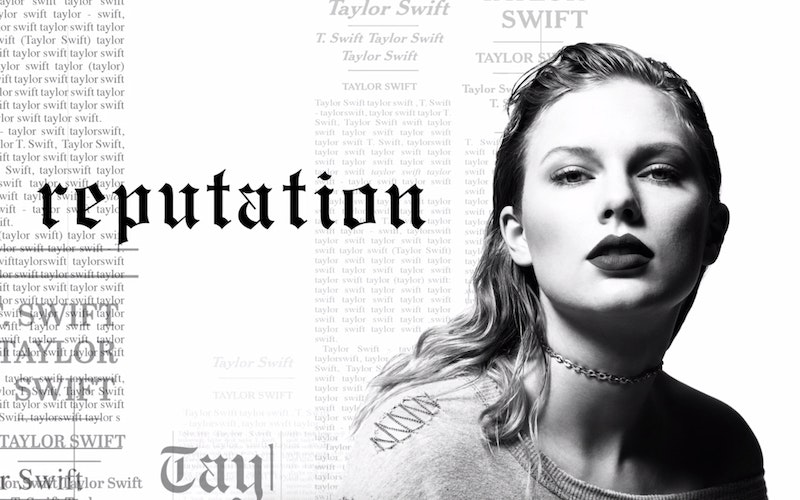 The album “Reputation” is aptly titled because it came at one of Swift’s most controversial periods involving high-profile disputes with other celebrities and media scrutiny. She had not even gone through the regular press interviews to promote the album.

Instead, in August 2017, she released its lead single “Look What You Made Me Do”, and the album came in November of that year. It was the best selling album of 2017, and it was not just popular in the US as it became one of the best-selling digital albums in China. After “Reputation”, Taylor Swift stopped releasing her projects via her longtime record label, Big Machine. “Lover” marked a new beginning for the singer, and it touches on contentment, infatuation, lust, heartache, feminism, disillusionment and LGBT rights, according to Wikipedia’s article.

It entered the Guinness World Records as the year’s biggest-selling album worldwide for a solo artist and sold 3.2 million copies in 2019. The album was released under Republic Records. Perhaps the most impressive thing about “Folklore” was that it was a surprise album without promotion. Also, it had come in quarantine during the COVID-19 pandemic, and thus, there were to be no posters nor banners as well.

Regardless, the album went on to spend eight weeks at the top of the US Billboard 200 and ended 2020 as the best selling album of the year. “Folklore” broke the Guinness World Record for the biggest opening day on Spotify for an album by a female act as well. It also won Album of the Year at the 63rd Grammy Awards and marked Swift’s historic third win in this category. “Evermore” was another surprise album from Taylor Swift that she released in December 2020 as a sequel to “Folklore”. It features vocal contributions from Bon Iver, Haim, and the National.

“Evermore” was her second Billboard 200 entrance in 2020 and it became her eighth consecutive debut on the chart. We now arrive at “Fearless (Taylor’s Version)”, her ninth consecutive debut on the competitive album chart. It sees her tied in second place with Madonna as the female artist with the most number-one debut — Barbra Streisand still leads with 11. Thus, since her debut album, all Swift’s albums have been Billboard 200 number one debutants.

The singer has assured fans that they should expect more re-recordings of her catalogue albums released under Big Machine. Replying to a Billboard tweet about the original “Fearless” album, she wrote:

“Been in the studio all day recording the next one – it’s really so amazing what you all have done here.”

You may also like to read our recent article about the Story of Phillip Katsabanis, the rapper known as Stitches.