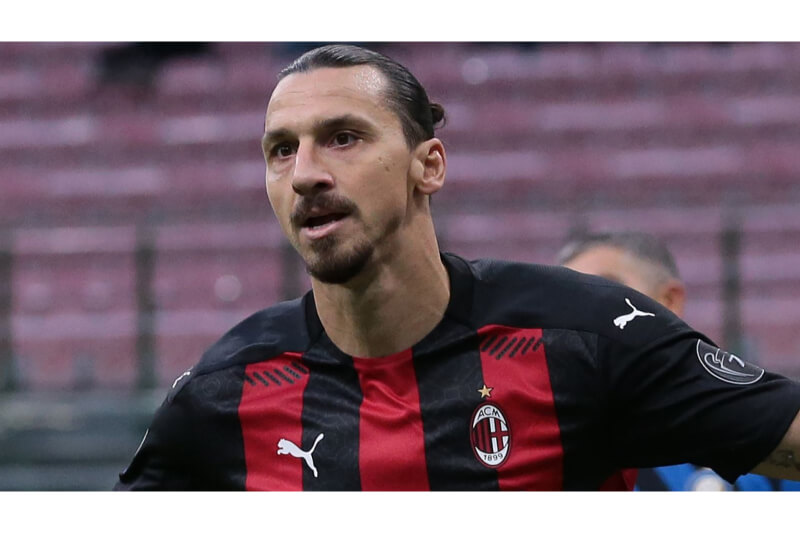 Zlatan Ibrahimovic joins the list of players to recover from COVID-19 and score as he made a winning return to the AC Milan team who won the Milan derby.

The 39-year-old striker scored a brace in just three minutes despite having missed recent games after contracting the coronavirus and only resumed training this week.

Ibrahimovic put Milan in front after 13 minutes, tapping the ball in from the rebound after his penalty was saved by Samir Handanovic, and then struck again three minutes later from Rafael Leao’s cross.

Romelu Lukaku, however, pulled one back for Inter in the 29th minute as AC Milan concedes for the first time in the Serie A this season.

Inter were awarded a penalty in the 75th minute but it was revoked for offside in the build-up.

Milan top the Serie A table with 12 points after having won 4 games this season, while Inter have seven after their first defeat of the season.

Nigerian forward Victor Osimhen scored his first Serie A goal as Napoli thumped Atalanta 4-1 to hand them only their second loss since January. Hirving Lozano scored twice for Napoli in the early exchange while Matteo Politano and Victor Osimhen rounded up the scoring in the first half.

Atalanta got a consolation goal in the 69th minute of the game through Sam Lammers.

The only positive note for Atalanta from a miserable afternoon was the return of key forward Josip Ilicic.

He has not played since July after being given compassionate leave because of personal issues.

Augello then scored himself, nine minutes later to put Sampdoria 2-0 up, when a clearance landed at his feet for his first Serie A goal at the age of 26.

Lazio failed to take their second-half chances and substitute Mikkel Damsgaard wrapped the game up for Sampdoria in the 74th minute.

Juventus and Crotone share the spoils in a 1-1 draw New recruit Federico Chiesa saw red on his debut for Juventus as Crotone deservedly earn their first point back in the Serie A.

Juventus were without Cristiano Ronaldo and Weston McKennie, who both tested positive for COVID-19, and also had several other players out injured.

Crotone got a surprise lead from the penalty spot in the 12th minute through Simy after Leonardo Bonucci fouled Arkadiusz Reca.

Chiesa then set up Alvaro Morata for the equaliser nine minutes later but was shown a straight red on the hour following a challenge on Crotone midfielder Luca Cigarini.

VAR then condemn Juve to share the spoils as Morata’s effort was ruled out for offside shortly after the Chiesa’s incident.

Lewis Hamilton made a swift turnaround to seize pole position from his teammate Valtteri Bottas, with a brilliant final lap in an exciting Portuguese...
Read more
Sports

Justin Gaethje, despite following through with his game plan against Khabib Nurmagomedov, lost via a second-round submission, unfortunately, as a good game plan wasn't...
Read more

Romelu Lukaku and Lautaro Martinez both score twice each in Shakhtar’s...