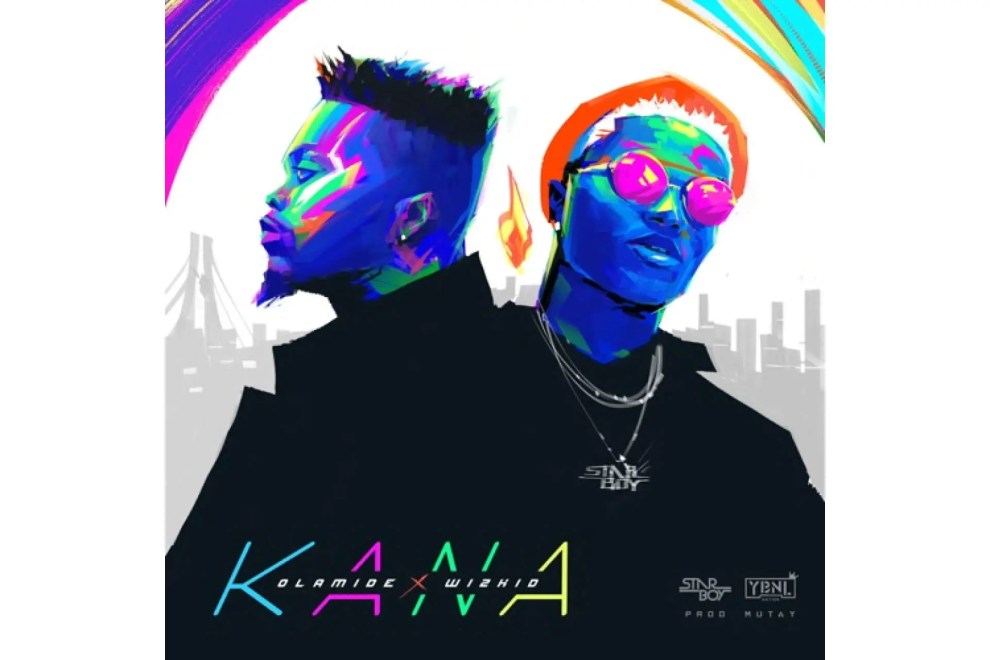 Two of the biggest artists from Nigeria, Olamide and Wizkid, both bosses of YBNL Nation and STARBOY Entertainment respectively, joined forces to create an explosive song titled “Kana” produced by Mut4y.

Kana, a light, mid-tempo song, was released on the 4th of May 2018 and it’s another no bad collaboration from the duo coming back from the days of “Omo to Shan”, further strengthening their chemistry.

Olamide and Wizkid both exchanged lyrics on Kana, promising to take care of their love interest. It is also accompanied by a video directed by Sesan that didn’t feature Wizkid on it.

Listen to and download Kana by Olamide and Wizkid below

Stream Kana by Wizkid and Olamide on Apple Music